Click the links to buy Pirates I and Pirates II.
Posted by Everyday Goddess - The Blog at 8:43 AM No comments:

A Musical Gift For You - In The Light of Love: Deva Premal & Miten with Manose

Click here to connect with You Tube and enjoy a beautiful song.
Posted by Everyday Goddess - The Blog at 11:54 AM No comments:

And The Winner Of The Goddess Goody Bag Is... Mary (Love And Thanks To You xoxoxox) 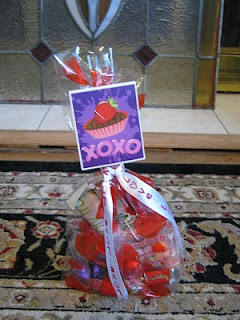 Posted by Everyday Goddess - The Blog at 11:37 AM No comments:

The film Pirates (Joone 2005) is really good porn. It’s so good, I’d almost call it full blown erotica (art dealing with sexual love). The super sex stars of this extraordinary adult film, Jesse Jane, Carmen Luvana, Janine, Teagan Presley and Evan Stone, all have looks and bodies to match. High quality special effects, costumes, and super duper set designs are the outcome of a big budget (size does matter in this regard).  The film is so good, I’ve even wondered if the director Joone (whoever that is) could be a west coast movie mogul using an alias. Gore Verbinksi, director of Pirates of the , maybe… or someone else, savvy enough to include just the right amount of raw material to keep it from being obvious.

There are various approaches to watching and enjoying X-rated movies.  Needless to say, the better the film, the better the overall experience; and as some of you may already know, not all adult films are created equally. Moreover, the way you watch is as important as what you watch. Here are the Goddess Guidelines should you care to indulge:

The Goddess Guide To Watching And Enjoying Adult Films - Introduction

If you knew absolutely nothing about the current roster of blockbusters, as you approached the ticket window of a multi-plex theater, how would you make your choice? A selection based on little more than a title or billboard visual is generally a poor method. Avatar, for example, might look like a very ordinary sci-fi movie and Percy Jackson & The Olympians could sound like a British sports film. It’s relatively easy, however, to select a mainstream motion picture thanks to talk show promotions, trailers, commercials, and Oscar nominations.  By the time you purchase your ticket, popcorn & soft drink, you pretty much know what you’re in for. Not so when choosing an X-rated movie.

Civilized women (not to mention Goddesses) do not (I repeat do not) go to XXX-rated movie theaters in which the bottoms of their Frye Boots stick to the floors beneath their feet. Adult film websites, readily accessible via Google, are the logical alternative.  Home pages are filled with unappetizing titles aplenty such as:  14” Tool Time Memories, Liquid Love, , Big Trouble In Little Vagina, Pink: The Other White Meat, Sweet Chocolate, or 1000 Facials (which isn’t about skin care). Even if you read the blurbs beneath each title, you’d learn little about the quality of the production, extent of a story line, or the general array of sex acts captured on film. Tacky, low-class, and otherwise unsavory movies dominate the market.

So how might a seeker identify quality erotic material online?  Reputable sites such as Babeland.com (see sidebar) can be found in cyberspace on which their best sellers and top picks tabs reveal popular choices. Even easier than shopping the Internet is this blog in which you’ll soon be advised of the best adult films your money can buy. Chances are, nonetheless, I’m going to suggest movies with big budgets, lots of story, beautiful people, and hot sex that isn’t too kinky. Individuals with a preference for fetish films or a wealth of sloppy penetration close ups are advised to seek information elsewhere.
Posted by Everyday Goddess - The Blog at 5:06 PM 1 comment: