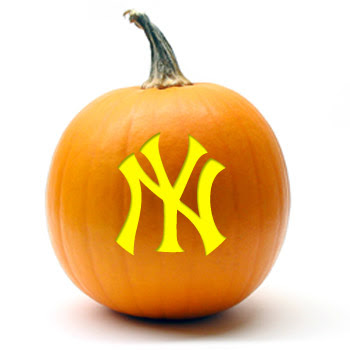 Posted by Everyday Goddess - The Blog at 6:03 AM No comments:

Prelude To An Empty Nest

My husband and I began discussing the impending prelude to our empty nest in July. Our beautiful daughter, then home for summer vacation, was to be a college senior at the end of August. Our strapping son was looking forward, nearly as much as we were, to his freshman year at a university two hours away from home. Life was good. We knew this empty nest was only a temporary respite since children such as ours generally return home for spontaneous visits, scheduled vacations, and an eventual post graduation homecoming. My honey and I have had enough mental health training to maintain a genuinely positive approach to our children’s separation & individuation; and we truly look forward to the day they both have wonderful jobs, relationships, and apartments in .

Our empty nest got off to a bad start following my beloved’s unexpected health crisis. Just as we were beginning to cope with the physical and emotional side effects of the situation and appreciate our joint solitude, our much loved children began returning home for unscheduled week-end visits (so far two for each offspring, but who's counting). Last Friday, while I was out to dinner with friends in the Soho/Village area, I received a text message from my boy saying he’d come home and taken my car. He subseqently saw friends, slept, and spent some quality time with us (his adoring parents) on Sunday before going back to school.

Posted by Everyday Goddess - The Blog at 4:59 PM No comments:

No Quality Time To Write: A Crappy Excuse

Excuses for my lapse in communication/blog posts:
More material coming very soon.
Posted by Everyday Goddess - The Blog at 2:29 PM No comments:

Making out is a superlative kissing technique. A make 0ut session generally includes prolonged, intimate, mouth-to-mouth contact administered passionately. The touching of supplementary body parts (reciprocated or not) is normally part of these oral festivities. Skilled maker outers understand the importance of including erogenous zones (EZs) in the make out mix because they understand that EZs are filled with nerve endings that heighten arousal. When a make out session commences foreplay with intent to consummate a sexual act, extensive contact with at least one partner’s erogenous zones are more likely get participants from Point A (arousal) to Point B (bliss).

Common male EZs (all secondary to the almighty penis) include scalp, lips, small of the back, and perineum. Though men are generally penis driven, they do respond to and enjoy the stimulation of other less celebrated EZs. See http://www.wdxcyber.com/male-er.html for pointers (pun intended).

Posted by Everyday Goddess - The Blog at 12:25 PM No comments:

It was my darling daughter’s twenty-second birthday yesterday. She’s away at school so I didn’t get to see her, hug her, or kiss her. My only communication with her was a phone call during which I sang a wistful Happy Birthday.

Today I’m home alone, enjoying my solitude, without feeling obliged to do any housework whatsoever. Instead of playing my standard musical favorites while dancing around the living room, I listened to the cheerful music of Raffi Cavoukian, the Canadian singer-songwriter once referred to as “the most popular children’s entertainer in the western world” (Washington Post). It was when my sweet girl was just a baby that we discovered the joy of Raffi.

Anyone with young children in their lives who doesn’t already know about Raffi should take note of his website http://www.raffinews.com/ and purchase a cd or two or three or more right away.

Posted by Everyday Goddess - The Blog at 5:41 PM No comments:

The bad news is that you can catch contagious diseases from kissing. Colds, Influenza (including the Swine Flu), Herpes Simplex, Mononucleosis, and Meningitis are among the illnesses that are commonly spread when infected droplets are passed from a contaminated person to a healthy one. Saliva and mucus from the nose and throat are the culprits.

Posted by Everyday Goddess - The Blog at 1:36 PM No comments:

Women Who Run With the Wolves 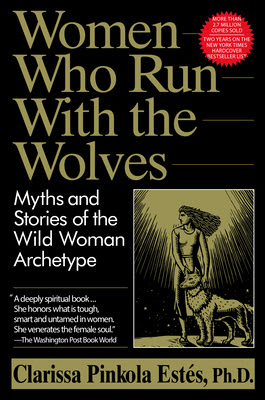 Dr. Clarissa Pinkola Estés, PhD is a certified Jungian psychoanalyst, cantadora (keeper of old stories), poet, and author of The New York Times Best Seller Women Who Run With the Wolves (Ballantine Books, 1992). The subtitle, Myths and Stories of the Wild Woman Archetype, illuminates the concept of the book. (The term archetype is used therein to define the instinctive blueprint of thought and/or symbolic imagery that comes from the collective experience of the past contained in the individual unconscious of all women in the now).
Multi-cultural myths and folk tales such as La Loba (The Wolf Woman), Vasalisa, The Handless Maiden, and The Crescent Moon Bear are vehicles with which the author engages the female reader so they may reconnect with the wild feminine (their instinctual self) and be empowered by her. Of course the book isn’t solely for women; enlightened men would likely appreciate it as well. The stories are about relinquishing inborn creativity, wisdom, strength (among other innate gifts), and reclaiming them as a birthright. They are about descent and transformation. They are about loss of instinct and resurgence of spirit. They are about the resilience and endurance of the soul.

Stories about the instinctual archetype of the wolf augment those describing the wild nature of women. The value of the wolf metaphor as it relates to the feminine instinctual psyche is made clear on page two of the book where Dr. Estés writes, “healthy wolves and healthy women share certain psychic characteristics: keen sensing, playful spirit, and a heightened capacity for devotion. Wolves and women are relational by nature, inquiring, possessed of great endurance and strength. They are deeply intuitive, intensely concerned with their young, their mates and their pack. They are experienced in adapting to constantly changing circumstances; they are fiercely stalwart and very brave.”

As this fabulous book comes to an end, the author states, “Over my lifetime as I’ve met wolves, I have tried to puzzle out how they live, for the most part, in such harmony. So, for peaceable purposes, I would suggest you begin right now with any point on the (following) list. For those who are struggling, it may help greatly to begin with number ten.”

Posted by Everyday Goddess - The Blog at 12:20 PM No comments: